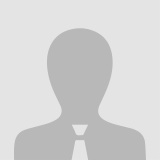 Founded in 2003 and headquartered in Shenzhen, CTI operates over 40 branches in mainland China, with over 90 laboratories in the fields of chemistry, biology, physics,mechanics, electromagnetics, engineering and more, and operates branches and subsidiaries in Taiwan, Hong Kong, the United States, UK, Singapore and so on.

On October 30th, 2009, CTI was successfully listed on the Shenzhen Stock Exchange, with the stock code 300012, being the first company listed on the ChiNext and the first listed domestic company in testing and verification industry.

Based on our worldwide service network and strong capabilities, CTI annually tests about 400,000 samples for nearly 90,000 customers of which there are nearly 100 of the world's top five hundred companies.

In March 2013, CTI became a NB certification agency in EU by completing acquisition of equity interests in UK-based CEM. In 2015, CTI became one of the CCC designated labs,CTI Pte. Ltd became a NCB upon approval by IECEE, and CTI Shenzhen lab became a CBTL.

CTI has the courage to surpass itself and continually take on the role as the forward-looking industrial leader.

You can verify li Doris using your contacts and professional networks.